President Buhari Will Not Steal Or Allow Stealing – Osinbajo

Vice President Yemi Osinbajo says the difference between President Muhammadu Buhari and other presidential candidates for the 2019 elections is that the president will not steal or allow stealing.

Osinbajo made the declaration in Lagos on Saturday at the flag off of his door-to-door campaign in Lagos State.

“We should not allow those who have stolen our money in the past to come back. They stole all the money and they want to come back. People are saying, enough is enough.

“In four years, PDP spent 383 billion US dollars. And they want to come back. 16 years is enough.

“After 16 years of ensuring that the country did not make progress, they want to come back. They will never come back,” he said. 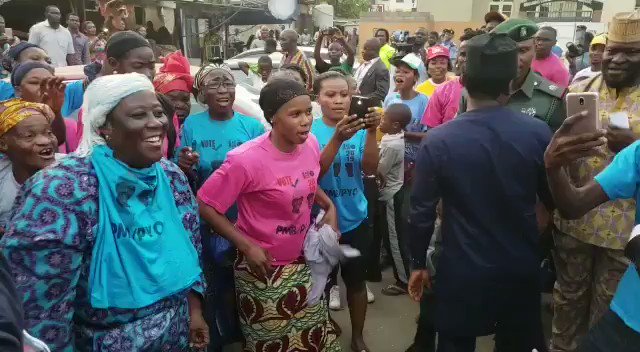 Osinbajo said that Nigeria’s greatest problem was corruption and not planning because without money you could not executive any plan; hence the need to stop those who had stolen in the past from returning.

The vice president said the door-to-door campaign was more effective in reaching out to the people, saying it goes a long way in speaking directly to the people about the plans of the government for the people.

He explained that each canvasser was expected to meet with 50 people.

The vice president later visited some parts of Sogunro community, Ogba in Ikeja Local Government to seek support directly from voters in their homes.

A group of unidentified bandits attacked a mining site on Wednesday in Anka Local Government Area of Zamfara, killing one of the six mobile policemen on guard and abducting... Read More

Make Public Officials Swear With Ogun, Instead Of Bible Or Quoran – Monarch

The Osolo of Isolo, Oba Kabiru Adelaja, has said that the rate of corruption among public officials would dwindle if traditional means of oath-taking like Ogun is employed during... Read More

US President Donald Trump has said that the Saudi Arabia monarchy would fall “within two weeks” without US military support, a thing the Gulf kingdom has enjoyed over the decades.... Read More